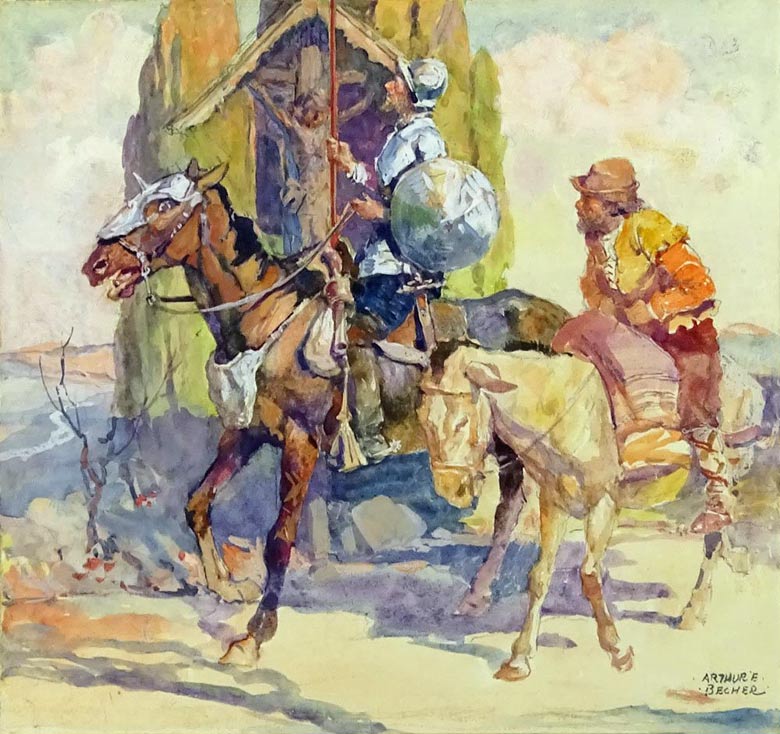 Don Quixote (1925) by Arthur Ernest Becher. From the collection of Roy and Pennie Williams

From Thomas Jefferson to Teddy Roosevelt to John Steinbeck, visionaries have always been attracted to Don Quixote’s pursuit of the impossible dream. Quixote’s Journey is the quest for a better tomorrow.

In Cervantes’ book, “Dulcinea” is just a common village girl named Aldonza Lorenzo who is never even aware that Quixote exists. Yet everything Quixote does is in her name and for her honor.

Dulcinea exists only in his mind.

Business is nothing more than a search for purpose and adventure.

Every entrepreneur is Don Quixote. Wizard Academy is a school for entrepreneurs who have Quixote’s ability to see beauty that no one else can see.

And the courage to pursue their dreams.

Sign up to receive the Sunday Morning Memo in your inbox. We post a new one about once a month. And don't worry, we'll never ask you to buy anything or donate any money and we'll never give anyone your email address.