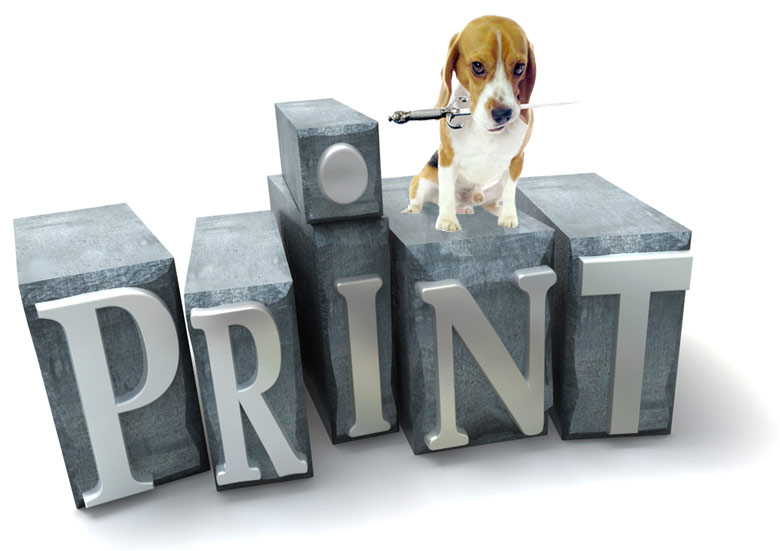 I find that interesting.

He never even wrote a book.

If 2,000 years ago I’d had a message for the world, I would have written it down and then asked my friends to carve all the letters of the alphabet onto little blocks of wood and attach those wooden letters to the bottom plate of a wine press so they could start stamping out copies of my message.

But it would be fourteen hundred years before Gutenberg would have that idea.

Why? Why would God wait fourteen hundred years when all the necessary pieces were readily available at the time?

The obvious answer is that Jesus didn’t have a message for the world.

If you reduce Jesus to just a philosopher or a teacher telling us how to live our lives, then you’ve entirely missed the point of his coming. His advice about life wasn’t much different than that of Hinduism or Buddhism. “Be nice to each other. Live in peace. Love God.” And both of those religions were established long before Jesus was born in Bethlehem.

He came for another reason.

Do you remember Joseph and his brothers, the 12 sons of Abraham’s grandson, Jacob? God had a plan for Joseph and Joseph knew it, so he strutted it in front of his 11 brothers. Sick of it, they sold his smug butt into slavery and told his Daddy that he died.1

Joseph wound up in Egypt, later to be encountered there by his brothers when he had risen to a high position and they needed a favor from him.2 In case you were wondering, that’s why all 12 sons of Jacob – the progenitors of the 12 tribes of Israel – relocated from Israel to Egypt. Joseph forgave his brothers and things were great for a few decades, but then “there arose a pharaoh who knew not Joseph” and the descendants of all 12 brothers were forced into slavery.3

A few hundred years later, God sent Moses to rescue these descendants of his partner, Abraham.4

Moses would talk to the Pharaoh of Egypt each day and say, “You have to free the slaves” and Pharaoh would always say, “Nope. Not gonna.” So Moses would tell Pharaoh that God was sending frogs or flies or lice or locusts or darkness or hail and each time it would happen, Pharaoh would say, “Okay, I’ll free the slaves, just take away this problem!” But when the crisis had passed he’d always change his mind and say, “Nope. Not gonna.”5

Let’s review:
Humans were being held captive and they cried out to God.
God responded with a plan to rescue them.

This is what God told Moses to tell the descendants of Abraham, that partner to whom God had promised, “because you have done this (offered me your son…) all nations on earth will be blessed.” 6

“Each family shall take a perfect lamb and drain its blood into a basin. Then you shall take a bunch of hyssop (an antiseptic weed,) dip it in the blood in the basin, and touch the lintel above your door and the two side posts with the blood; and none of you shall go out of his house until morning. When the Lord goes through the land to strike down the Egyptians, he will see the blood on the top and sides of the doorframe and will pass over that doorway, and he will not permit the destroyer to enter your houses and strike you down.” 7

In essence, God told them to make the sign of the cross – in blood – on the doorways of their homes. If they believed God and did as he asked, they would have life instead of death. And the next morning they would walk through those doorways into freedom, having been rescued from slavery by God himself.

Did these people realize they were making the sign of the cross in blood?

Am I bringing a perspective to this story that wasn’t available at that time?

Would it be perfectly reasonable to ignore these foreshadowings, these “silhouettes of Jesus” hidden throughout the ancient Jewish scriptures and explain them all by saying, “You’re just seeing what you want to see because you have a cognitive bias to see them.”

Certainly. That possibility exists. It would be disingenuous of me to deny it.

You cannot argue a person into faith. Faith is not logical. Faith is a choice.

Even though it wasn’t logical to slap lamb’s blood on the tops and sides of doorframes, these descendants of Abraham did it anyway. Faith is not logical. Faith is a choice.

But the instructions of God for that first “Passover” didn’t end with lamb’s blood on the doorway. He also told these descendants of Abraham to

“…bake bread without yeast and eat it with your cloak tucked into your belt, your sandals on your feet and your staff in your hand. Eat it in haste; it is the Lord’s Passover.” 8

When they cried out to him, God rescued the descendants of his partner and gave them symbols to remember forever: a spattering of blood above the head and at the left and right hand of the doorway and a meal that included bread without yeast. Faithful descendants of Abraham continue to hold that feast to this day, even though it has been more than 3,000 years.

I admire that immensely.

I mentioned earlier that Jesus didn’t have a message for the world. He didn’t come to bring insightful words of inspiration.

He came for another reason. He came to die.

When Jesus went to the Jordan River, John the Baptizer shouted,
“Behold the Lamb of God who takes away the mistakes of the world.” 10
(You’ve probably heard this as “the sins of the world.” But we’ll talk about that in the next chapter, okay?)

Jesus came to make the sign of the cross in blood – his own blood – but just before he laid down his life, he celebrated the Passover with his friends.

As he held up that bread made without yeast, “he gave thanks and broke it and said, ‘This is my body, which is broken for you; when you eat it, remember me.’ In the same way, after supper he took the wine, saying, ‘This is the new agreement in my blood; whenever you drink it, remember me… Each time you celebrate the Passover, you proclaim my death until the day I return…’” 11

Jesus didn’t come to destroy the Jewish faith. He came to complete it.12  “The Word became flesh and dwelt among us”13 so that he could offer himself as the final Passover lamb. “Behold the lamb of God…” 10

He came to build us a bridge back to God.

Do you remember the previous chapter when I told you how Jesus compared his credentials to those of Satan in the 10th chapter of John?

“Jesus said, ‘I tell you the truth, the person who does not enter the sheep pen by the door, but climbs in some other way, is a thief and a robber….”

“A thief comes only to steal and kill and destroy, but I came so that they might have life — life in all its fullness. I am the good shepherd. The good shepherd gives his life for the sheep.”

1. We are the sheep.
2. The sheep pen is the earth.
3. Coming into the sheep pen “through the door” refers to coming here as a human being – an authorized agent of planet earth – through the process of natural childbirth.

In that same story Jesus goes on to speak of a second door; the door by which the sheep can escape the sheep pen.

“Therefore Jesus said again, ‘Very truly I tell you, I am the door for the sheep… I am the door; whoever enters through me will be rescued. They will come in and go out, and find pasture.” 14

“I am the good shepherd; I know my sheep and my sheep know me — just as the Father knows me and I know the Father — and I lay down my life for the sheep.” 15

Three thousand years ago God rescued of a group of people held captive in ancient Egypt. For his rescue to succeed, bread without yeast had to be broken and a spattering of blood had to be painted on the doorframe of each house above the head and at the left and right hand.

A thousand years later, the whole world was rescued when “the Word that became flesh” painted an invisible doorway with his blood, then in three short days picked up the life he had laid down as though it were a robe and told his followers, “Go tell the good news.” 16

Everyone on earth is invited to walk through that doorway into freedom. 17

(Why was it important that the bread be made without yeast?
We’ll read what Jesus had to say about that in the next chapter.)

Sign up to receive the Sunday Morning Memo in your inbox. We post a new one about once a month. And don't worry, we'll never ask you to buy anything or donate any money and we'll never give anyone your email address.